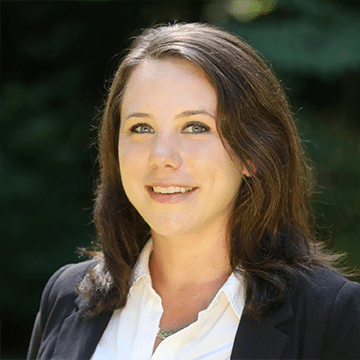 I imagine that many people experience moments in their lives that become polarized in their memories. Perhaps it was a conversation that you had with a complete stranger, a sunset or a glance from someone across the room. I experienced one such polarizing moment in a small examination room at Stony Brook Hospital.

“The result from the biopsy is not good news.” Those were the words spoken to me by my surgeon. I’m not sure what else was said after that because I experienced a ringing in my ears and a tunnel vision narrowing of my eyesight. I was a 34-year-old male who had just been diagnosed with breast cancer. Receiving a diagnosis of cancer is difficult. Learning that your wife and son have also received a cancer diagnosis is devastating. Yet this is exactly what had happened to my family in 1994.

Our saga started when my wife discovered a small lump on the side of her neck.  She scheduled a needle biopsy and shortly after that we received a telephone call from her doctor. The doctor wanted to see us both in his office the next day. When he came into the room, we could tell he was not the bearer of good news. I saw that he was holding a journal article in his hand. One of the words in the title read “Carcinoma.” My wife had cancer!

Over the next few weeks, we met with several other doctors and decided on a treatment plan. I tried to put a positive spin on her prognosis, her treatment and sooth her worries. I saw firsthand just how empty those words of encouragement were when several months later I received my own cancer diagnosis. When a person gets a diagnosis of cancer the first question that comes to their mind is: “am I going to die?” Even if you can’t get your mouth to form the words to ask the question, you think it, over and over again. No one can say anything to assuage those thoughts. Fear is your dark and constant companion.

My wife and I finished our respective treatments and tried to re-acclimate back into our normal lives. Just as our fears started to fade –just a little –our 4-year-old son developed leukemia. It seemed that the Cosmos had a vendetta against my family. My son had to undergo two and a half years of chemotherapy. One year after his treatment, he relapsed and had yet another year and half of intensive chemotherapy and radiation treatments.

My family lived with the specter of cancer for 8 years. Fear was always near. As I started to write this article, I had the chance to reflect on all of the polarizing moments that my family and I experienced over this time period. Some of the most profound moments revolved around the little acts of kindness by people we met along the way. These were the moments when fear was replaced with hope.

Our doctors obviously played an important role in our lives over this time. It wasn’t the medications they prescribed or the physical exams they conducted that I remember. It was the hope they gave us. For example, when Dr. Bill looked at my wife and told her that the cancer she has was highly treatable. We saw a glimmer of hope. Dr. Ashby told us that our son had the “garden variety” type of leukemia. In other words, he had a type of leukemia that responded well to treatment. We dared to hope again.

Complete strangers gave us comfort in unexpected ways. For instance, we learned of my son’s diagnosis while vacationing in Connecticut and were told that we had to return to Long Island immediately. We quickly gathered our son and daughter and started to drive to Long Island. On the way we decided to take a chance and catch a ferry that ran from Bridgeport to Port Jefferson. Traffic on and around Long Island during the summer can only be described as nightmarish and we thought the ferry would save us time. When we arrived at the ferry, the line of cars waiting to get aboard far exceeded the capacity of the boat. We went to one of the mates loading the cars and told him our story. He looked at me, my wife, our daughter and our son, who was sleeping in his car seat. He put us at the head of the line. I’ll never forget that simple act of kindness.

We called our friends, Jim and Evelyn, and told them the news of our son’s diagnosis. We asked if we could stop by their house on our way to the hospital. We wanted them to watch over our 7-year-old daughter, as we didn’t know how long we were going to be at the hospital. When we arrived at their house, my friend Jim reached out and grabbed my arm in a show of support. No words needed to be exchanged because his eyes had said everything.

We went to the hospital where our son had to undergo more tests before a treatment protocol could be started. His condition seemed to get worse; he was in pain and couldn’t eat. My wife and I stayed at his bedside for days. Around this time, a Child Life Coordinator, named Paul introduced us to a young girl, Maggie. She was about two years older than our son and had just been diagnosed with the same type of leukemia that he had. Two weeks after her initial treatment, she was being discharged. She was sitting in a wheel chair, wearing a face mask and trying her best to shove a baloney sandwich into her mouth as fast as she could (one of the medications she was on, we would soon discover, gave her a ferocious appetite). At that time my wife and I needed to see Maggie and Paul knew that –so did Maggie’s parents. I will always be grateful to them for giving us this glimpse of our future.

Over the course of treatment, our son experienced several treatment complications. Once, he was in the Intensive Care Unit with a possible bowel obstruction and neutrapenia. Things looked bleak. It was the lowest point of my life because I was convinced that my son was going to die. My wife and I took turns sleeping alongside his hospital bed at night. I had just finished the night shift when a Child Life Coordinator, Melinda, came in with a cup of Dunkin Donuts coffee and two doughnuts for me. She knew I was having a hard time and wanted to do something nice for me. This simple act of humanity gave me a glimpse into normality. I had a renewed sense of hope.

There are few things in life more terrifying than facing your own mortality or that of a close family member. Over those eight years in my life, as I was facing these fears, there were many people who helped my family and I –too many to write about in this short article. The ones who stand out the most in my mind aren’t always the people who did the most for us. Sometimes, it was a small gesture from someone that gave us the most hope and helped diminish our fears. I have learned that you don’t always have to face your fears alone. People are willing to help. Take solace from the small things in life. If you have the opportunity to help someone who is going through a difficult ordeal, remember words don’t always register, but actions do.  Sometimes, something as simple as a doughnut can be a lifeline.

Mike is 51 years old and lives on Long Island with his family. He is happily married to his wife of 24 years, Peg. They have 2 wonderful children, Melissa and Andrew and a dog with attitude, Ruby. Mike has two graduate degrees in the fields of toxicology and forensic science. He currently works as a Forensic Scientist III at the Suffolk county Medical Examiners Office. Mike is currently training for a 14 mile hike at Zion National Park in Utah as a fund raiser for the Leukemia & Lymphoma Society. In his spare time Mike enjoys brewing beer with his 31-year-old nephew, Chris. Mike also rediscovered a boyhood hobby of model building. He enjoys traveling and trying new and exciting foods.