The Essence of Gratitude 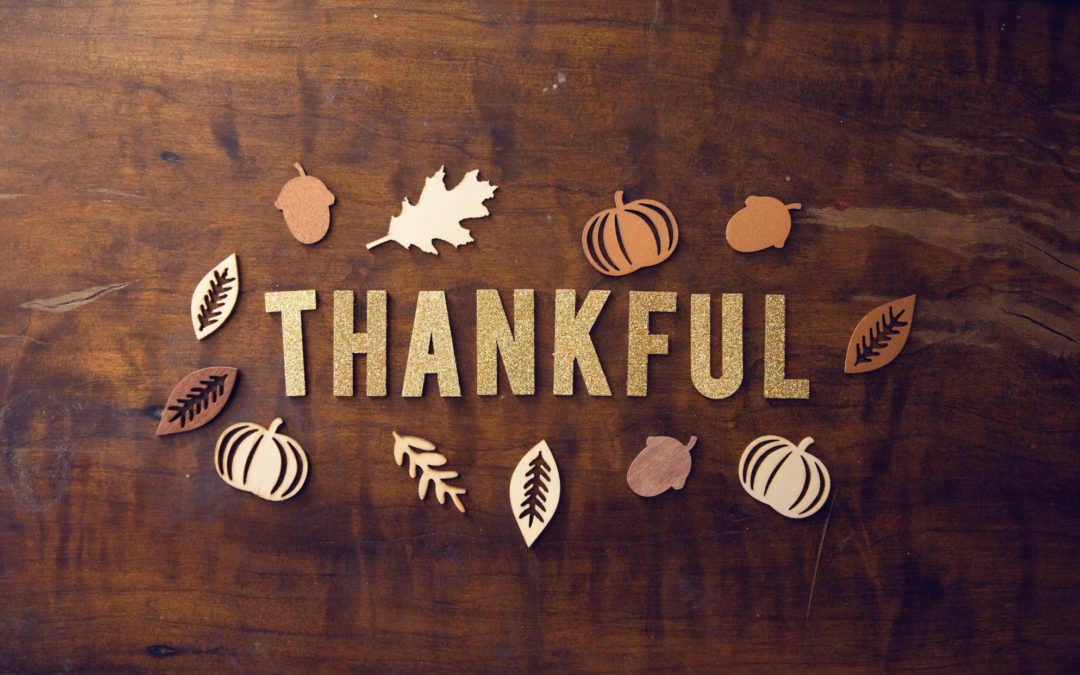 Thanksgiving is a true American holiday and my favorite! I love it, not because it ushers the holiday season, or because it is when families gather around a wonderful feast. I love it because it is a simple way to exchange gratitude. Gratitude is at the core of contentment. Isn’t being happy what life is about?

Again and again, we see how cultivating gratitude within ourselves is how we find happiness. This holiday, by its mere inception, is the symbol of that contentment with the added emphasis of outward expression and inclusiveness. Being appreciated and included is at the core of being human, and we’re all social animals. As John Donne reminded us: No man is an island!

Here’s a simple exercise; imagine being thanked for all your contributions, big and small. Imagine waking up to the kids making you breakfast each day, and thanking you for being you. Then, going to the office and being thanked with an appreciative email, or text for your latest suggestions. Wouldn’t you feel all warm and fuzzy for being appreciated? Gratitude warms the heart whether it’s received, or given. Sometimes a “thank you” is all that’s needed to disarmingly include and appreciate someone.

Close your eyes and imagine for a minute, how many families gather on that day, setting aside their differences and struggles. It is in our basic relationships that we find strength and hope. There is no better time than now, to really focus on the meaning of Thanksgiving. There is so much unrest in the world! So many are displaced from their homes due to either humanitarian tragedies, or catastrophic natural disasters. We have plenty to be thankful for.

It is of the utmost importance to teach stories of gratitude to the young. Stories of gratitude can be retold to highlight the richness of one’s heritage, legacy, and traditions while treasuring a true sense of appreciation. Gratitude is the antidote to self-entitlement.

I decided to write The Thanksgiving Dinner Platter, when I realized that not enough had been written in children’s books about the progression of events that gave us Thanksgiving Day. I wholeheartedly adopted Thanksgiving when I settled in the U.S. from the Mediterranean, a celebration that didn’t exist in the culture in which I grew up.

According to Edward Winslow who attended the first occasion of giving thanks after the first harvest of 1621 in the new world, the feast lasted three days, with 90 Native Americans, and 53 Pilgrims in attendance. The Pilgrims had been through harsh survival challenges, from lack of food to finding shelter, and many Pilgrims lost to illness. As life improved, the Pilgrims wanted to give thanks. The holiday evolved over 150 years, with the fourth Thursday of November, as the national day to celebrate. George Washington proclaimed Thanksgiving a national holiday in 1789, and in 1863, Lincoln proclaimed the last Thursday in November as the day to give thanks, with a final Congressional resolution in 1941, to fix the date as the last Thursday of November, beginning the next year, 1942. Then, in December of 1942, Congress amended the date to the fourth Thursday of November, the day we celebrate today.

I took up the challenge of relaying with clarity and a big smile to kids, the message of the words “giving thanks.” Although my story has educational goals that highlight the diversity and inspire tolerance, I conceived the story primarily as a joyous tale of two children having a unique Thanksgiving experience.

The Thanksgiving Dinner Platter features the friendship between a Native American boy and a Japanese-American girl. And, for fun, the entire book is set in 1941 and included a recipe for cornbread! The recipe is based on the first Thanksgiving dinner shared by the pilgrims and Wampanoag Indians at Plymouth Plantation. I reference Japanese words and conclude with the kids sharing special bread with veterans at the Veteran’s Association, and a true historic reference to how Thanksgiving became a national holiday.

I’m so thankful to the teachers who adopted my book for their classroom. Most recently, David Jadunath, suggested using a globe after reading it out loud to children then asking them to pick countries around the world and talk about whether or not they too have a day of thanks! The truthful premise of “giving thanks” has so much wisdom and joy embedded in it.

One day, in the spirit of “giving thanks,” someone forwarded on to me a Thanksgiving card that had been circulating on social media, using my children’s book cover. I was so touched and pleasantly surprised that people had used my book cover as a way to wish each other “Happy Thanksgiving.” Gratitude has come full circle!

Here are a few suggestions for using The Thanksgiving Dinner Platter, or other Thanksgiving children’s books in a classroom:

Japan’s Day of Thanks

Labor Thanksgiving Day is a national holiday. Japanese people celebrate it on the 23rd of November to give thanks for their blessings and show appreciation to government, education, and healthcare workers.

They celebrate their thanksgiving the second Monday in October and have parades, watch sports, and share turkey dinner.

They offer gratitude for a good rice harvest. This day of thanks is observed in May.

Giving gratitude for a good sugar harvest, families gather around a feast.

Families gather to celebrate the harvest season with a huge feast. Traditionally they serve ‘mooncakes’ as the moon is at its brightest around that day usually the 15th day of the 8th lunar month – September or October.

A three-day celebration in August that pays respect to and honors ancestors, and thanks them for their contributions.

Liberia’s Day of Thanks

Liberians celebrate Thanksgiving on the first Thursday in November. Some of the traditions are similar to those in the U.S.

Ghanan’s give thanks for their bounty with glorious feasts featuring dishes with yams. This festival takes place around harvest time, between May and August.

A celebration of good harvest that follows Passover. Some celebrate in huts as reminder of the temporary shelters that their people sought during their desert pilgrimage.

The Romans celebrate the Goddess of Corn festival on the 4th of October.

It is said that the Ambassador of Brazil experienced American Thanksgiving and loved it so much that he brought the concept to his homeland. Dia de Ao de Graas, take place on the fourth Thursday of November. But it isn’t a national holiday. Like in the U.S., there is a turkey and stuffing.

Also called the Children’s Festival. People ‘give thanks’ for their blessings on the 15th day of the eighth lunar moon. Feasts and handmade lantern night processions are typical.