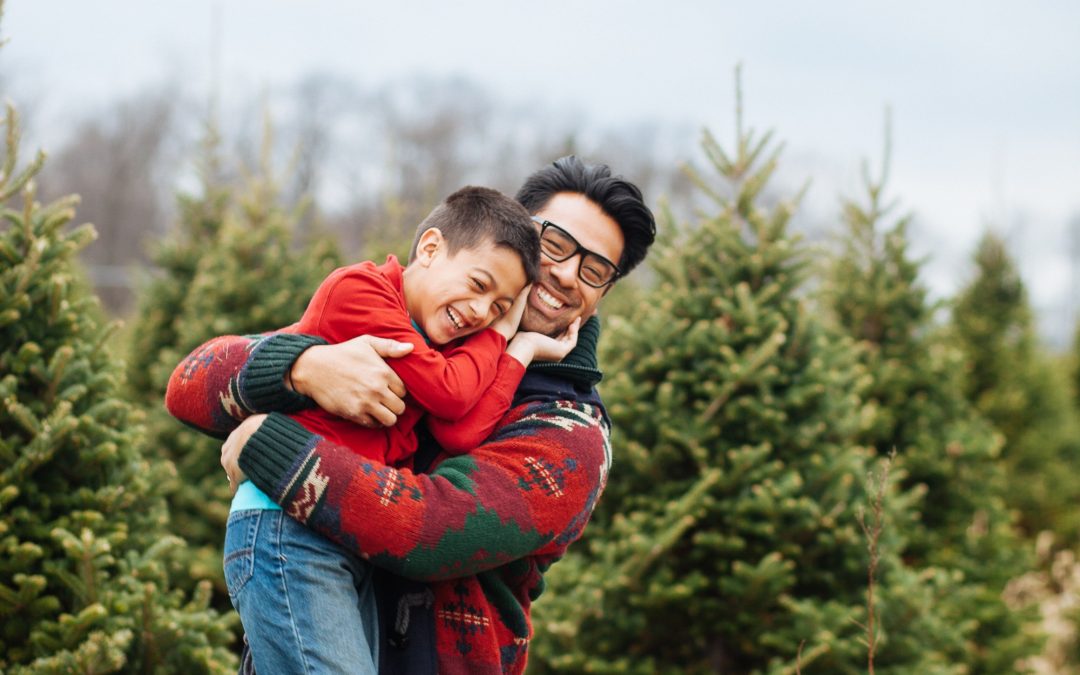 It seems that fatherhood is viewed as secondary to motherhood in our culture. It sometimes seems at though a child needs a mother, but can live without a father. I’ve never understood why. Participation was equal at inception, at what point did it change? True, historically mothers took care of the household and the children while fathers worked. Mothers were around more and their mere presence gave them the lion-share of the parenting. But as more women enter the job force, we observe fathers taking a more active role in parenting. But did the stereotype change? Not really.

Many still view women as the central caretaker in the household even though family dynamics have changed. Magazines, social media, and our friends and family mainly reflect a celebration of motherhood. The ad dollar that is geared towards mothers and Mother’s Day is a huge celebration while Father’s Day remains an afterthought. It’s time to celebrate fatherhood as well. It’s time to honor and support all the dads out there: the hands-on dads, the single dads, the step dads, and the stay-at-home dads! Yes, celebration of fatherhood deserves equal play.

In recent years, programs have surfaced to help soon-to-be fathers play a more active role in their children’s lives. Dr. Christopher Brown posted a free resource that supports them – “Making Good on Fatherhood: A Review of The Fatherhood Research.”

Even though research indicates that it’s better to grow up with a father figure, exceptions should be made in case of abusive fathers. Dr. Michael Lamb, a Cambridge psychologist, admits that it’s optimal to have two parents who love and nurture their children, but suggests filling the lives of children with love and support from other committed adults when that’s not possible. In The Role of the Father in Child Development he brings together contributions from international experts to provide reflections on fatherhood across cultures, classes, economic systems, and family formations – from divorce, to stepfathers, to gay fathers…with references and in support of fathers being positive influences in their children’s lives.

Father-child bonds are as important as mother-child bonds; the ideal combination is engaged involvement from both parents. Years ago, I had the pleasure of working with Dr. Jack Heninowitz, who authored the bestselling series of books, Pregnant Fathers. He pioneered the emphasis on early-involved fatherhood by sharing candidly his own experiences and offering a kind of map to soon-to-be fathers amidst their anticipation and confusion. Drawing on many first-hand accounts working with expectant and veteran dads, the author and therapist shares how to overcome fears, improve communication, and activate a fathering role to foster a child’s growth.

Famous TV dad, Alan Thicke, who endorsed Heinowitz’ book, has authored a couple of funny books about fatherhood, including, How Men Have Babies. Like Heinowitz he hopes to get dads involved early on in the parenting process. He shares with Caroline Presno in a HuffPost interview that his involvement with his sons never stops. “My relationship with my sons is very close. I’m in touch with or engaged with at least one of them every single day. If you’ve been involved with them as kids, you’ll be involved with them until the day you die. In fact, the stakes just get higher. Instead of deciding what movie you are going to see or how late they can stay out, as adults now you’re dealing with their careers, their health, their own children, their marriages, their finances – everything about their lives.”

I appreciate Dr. Heinowitz’s efforts to get men involved right from the start in the parenting process in his book, Fathering Right from the Start. “The messages we grew up with still echo within us, at times very faint and at others resoundingly,” he writes. In this book, he charts how parental traits and messages are translated into acquired beliefs. It seems logical that when a “smothering overprotective” parental trait sends the message, “you’re flawed” to a child it would result in the acquired belief “I’m damaged.” While on the other hand, a “negligent” parental trait with a parental message of “you’re a bother” will result in an acquired belief of “I will never be accepted.”

In a perfect world, children spend their early years getting to know their fathers, as well as their mothers. I agree with Dr. Heinowitz when he says; “After all, children’s identities are shaped by the people in their world. And their sense of self is fostered by the reflections they see in the faces around them. We are our children’s first mirrors. Our attention and approval, our smiles and our hugs let them know that they are cherished and valuable.”

Finally, it seems fitting to end with the winning pledge shared by www.fatherhood.org. They ask their program participants and facilitators to submit a pledge that fathers participating in their programs can recite before or after each session.

On my honor, I will give my children my time, my love, and my heart. I will be an example of a good man to my children and others around me. I will be an involved, responsible, and committed father. From this day forward, I pledge to be a 24/7 Dad.

Here’s a big shout out to all the men out there embracing their roles as fathers – Happy Father’s Day!