Blink and They Are All Grown-up 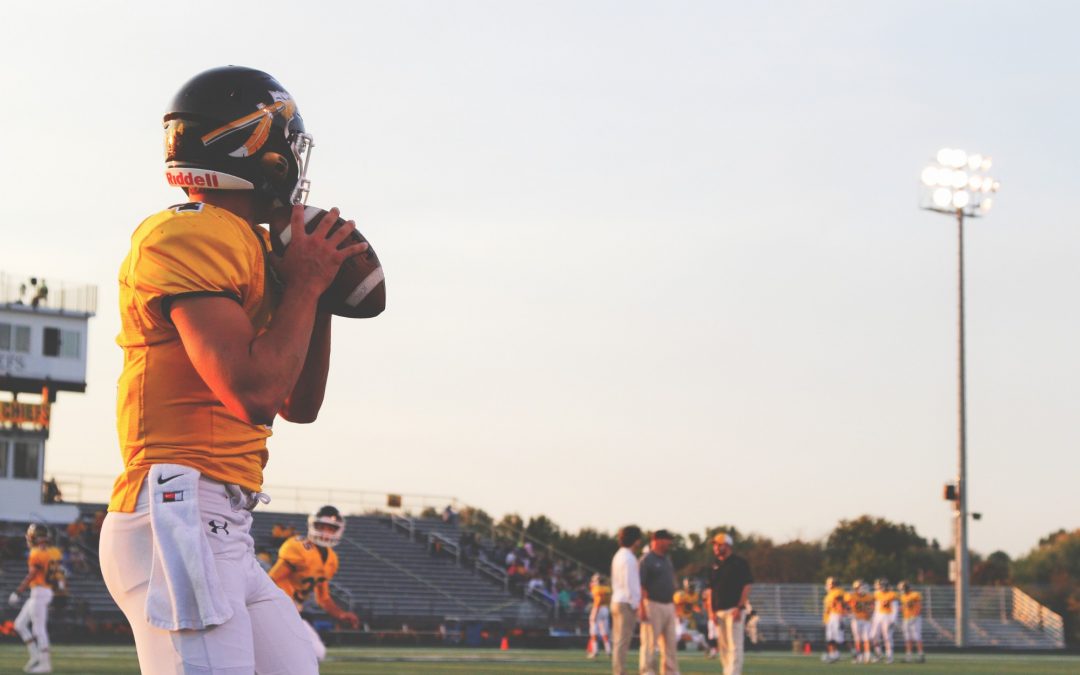 Graduation is a time-honored event typically celebrated when moving from one major level to the next. In my son’s initial stages of life, he has experienced many exciting but also “character developing” events through athletics, academics, and of course, life. As a father, I continue to do my best to assist him along his journey while also learning quite a bit myself.

My son is extremely active in athletics. Starting as a youngster with tee-ball and now in junior high school with football, wrestling and lacrosse. Each year the level of competition and physical demands have exponentially increased. Playing time now has to be earned, not assigned. This is not always handled in a fair manner, as many have experienced, but in the end it’s up to him to earn his place. What a terrific life lesson! I gladly support him regardless of the outcome – the only condition is for him to give his best effort.

Advancing through school has been challenging for my son at times. He has been a terrific worker but has had to push himself harder than the average student just to keep up. For many years he has received extra tutoring for reading and math to remain at the expected level of proficiency.

I asked myself why he was facing these challenges. Was his development impacted because he stopped breathing right after birth? Did his continual ear infections as an infant impact his learning ability? Something else? So many questions but no answers within reach. While lots of hard work is still ahead in his academic journey, he has graduated to junior high school, often at the honor roll level. In a few short weeks, he will be moving to high school, which is hard for me to fathom. It’s becoming more real to me when other parents say, “You blink and then they are all grown up.”

His mom and I divorced when he was 5 years old and this was difficult for all of us. He learned to move between two households. On the surface this may not seem like a big deal, but the constant transitioning affected him tremendously. There is never a moment when parents splitting up is “OK”, but it can be especially damaging when the child is young. This has been a life-shaping event where the final answers will not be known for quite some time, if ever.

A few years ago when my current wife and I were disagreeing about something relatively minor. It upset my son to the point where he was worried in the back of his mind that we would divorce. He broke down in tears, fearful of what might happen and that hit me like a ton of bricks. While there was no real basis for this concern, his perspective made him think otherwise until we assured him we would all be fine. This occurred at least 6-7 years after the divorce but the seeds of doubt were planted in his mind long ago and may have appeared dormant but were really just below the surface.

It’s easy to assume when problems are not obvious that they don’t exist. I used to think I knew all the answers on how to “do it right” in terms of handling a divorce, but time repeatedly teaches me that I still have much to learn. His mom and I have done so much right in focusing on what is best for him, but there is no such thing as a non-impactful divorce. It’s something that weighs on me and probably will forever.

Sometimes it is still difficult for me to drop him off after an extended amount of time together. The feelings of separation anxiety can rush right back. I look forward to the day when he graduates from high school, but this more permanent separation will be extremely difficult for me; to see him leave into the next stage of young adulthood, going to college. I guess I will be going through my own graduation – probably harder for me than him. Not seeing him daily is something I’ve learned to live with, but not something I’ll ever completely get over. Even when my parents dropped me off at college for football practice a few decades ago, I have never been good at saying goodbye.

As part of my journey through life, my parents have played a key role in helping shape me into the person and parent that I hope I’ve become. They gave me a strong foundation, some of it through words but much of it through action. I remember my mom sitting at a freezing football field early in the morning to watch an unskilled game of youth football. My dad did the same thing, and would often race ahead to beat the team bus to wherever the game was being played. I used to take it for granted that my parents would be at my events even though not all of my teammates had the same fortune. Their positive influence taught me how crucial a parent’s role is in helping a child become a solidly grounded individual.

I have learned that words can be helpful, healing and encouraging. They can also be damaging and destructive, which I’ve learned through my experience professionally mentoring and coaching sports (not to mention the advice my wife freely gives me). Active involvement and modeling is what stands out the most to me when I am assisting in someone’s development (and my own). Words are important, but actions speak the loudest. I am excited to know that my son is ready to embark on the next major stage of his continued development – high school! I trust that my son has learned as much from me as I have from being his father. I wish him continued success throughout his life.

First and foremost David is a parent who thoroughly enjoys this role with his 14-year-old son. Parenting is one of the greatest joys of David’s life and he couldn’t be happier. David has remarried his son’s former 3rd grade teacher and also has a dog “Grady” who is a Golden-Doodle. Professionally, David is a senior project manager in the Information Technology field. He has previously been a “people manager” when he helped mentor team members and guide them in their career development. He loves sports, especially football, as he has both played and coached for several years. In addition to enjoying family and football, David enjoys playing golf and occasionally a game of basketball.